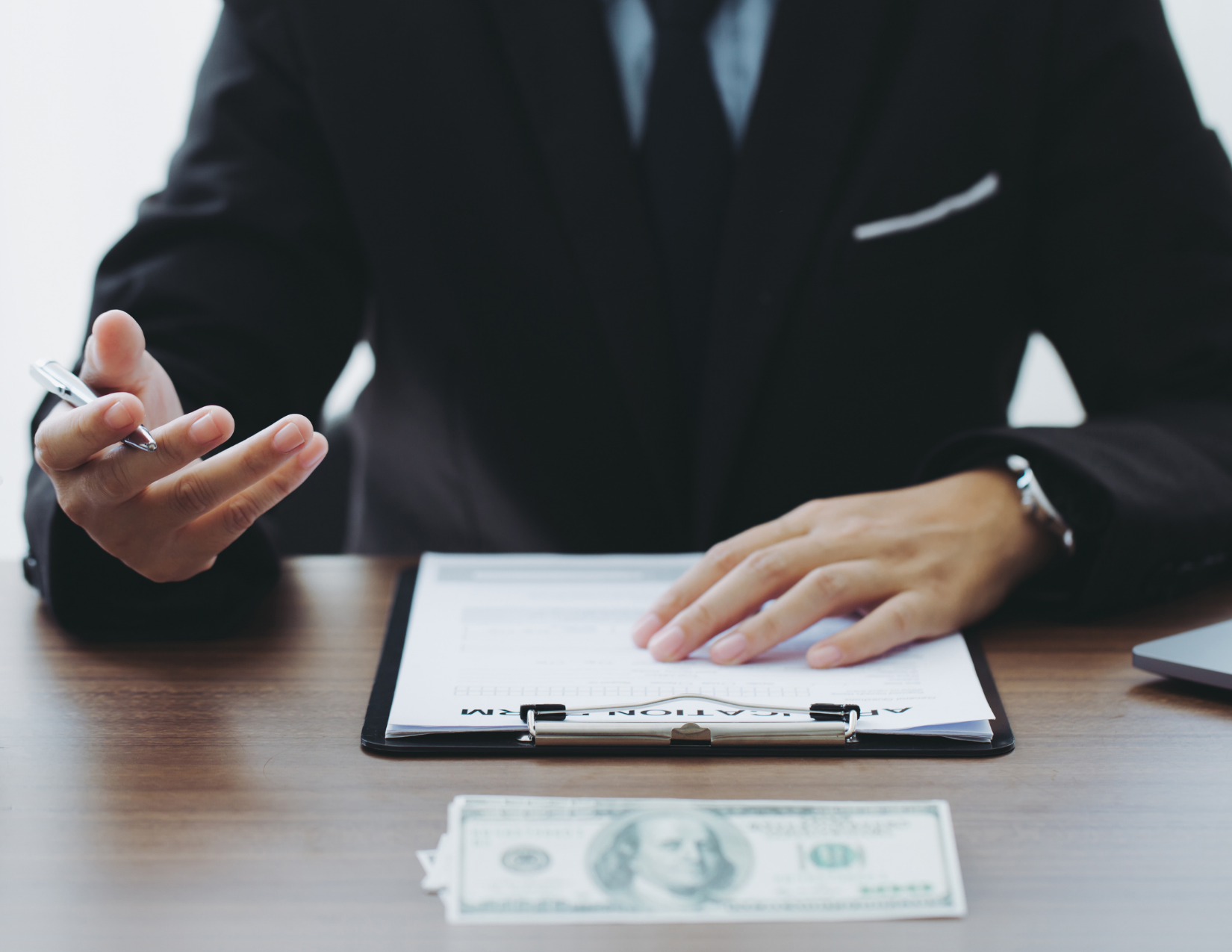 A startup's valuation is one of the most critical pieces of information for the company and its investors. With projections of an economic shift floating around the business world, the investment game is slowly changing to adapt to the oncoming recession. Without a definitive answer to a recession timeline, concerns over investment opportunities and valuation changes have heightened throughout the startup community.

We recently spoke with Brian Cashin, Senior Associate at Teamworthy Ventures about the ins and outs of startup valuation methods and will dive deeper in this Q&A as he lays out what startups can expect from a potential downturn market and what that means for valuations.

Q: We’re at a place where the market is shifting. How will this look different than it has in the past, and what do startup founders need to prepare for?

A: In its very simplest form, regardless of what the market says or does, the value of a company is the net present value of the future cash flows.

How much money is that business going to make? How is that relative to the earnings the company will make in the subsequent years based on how many expenses that business will have in each subsequent year? The net present value of future cash flows will be the core of any valuation method.

Q: What do valuations look like or how are they different for early-stage startups?

A: The key to early-stage valuation is that it's more an art than a science. When we reflect on other methods relevant to this idea of trying to value a business that doesn't have any revenue currently, it becomes essential to understand what other attributes of the company you can value.

There's a method called the Berkus Method, which is very focused on five attributes of a business:

1. Quality of the management team

2. Whether or not the business is based on a sound idea

3. If the company has a working prototype

4. If the business has strategic relationships

5. If the business has sales or not yet

A: Typically anyone using the Berkus Method has some experience working with and understanding the qualities of an effective founder. An investor using this method knows what a working prototype should look like and what strategic relationships should do.

Q: What is the most common valuation method investors use?

A: The Comparable Multiples Method is the simplest one used by every investor I've ever encountered. You looked at a company that might be in, let's say, the public arena.

A great example is ZoomInfo. Look at that company's valuation relative to its starting revenue. Then, if you find a company with a similar business model in a similar industry category, you can reasonably apply a similar valuation to this company.

Now, the key is that you'll never find a replica of any business, and so you always have to consider other factors specific to the company you are evaluating.

Q: Are there other valuation methods investors use that aren’t based on a singular component?

The most recent example I saw ran through in a seminar applied the least optimal outcome, a middle outcome, and then the best possible outcome. Then you assign a probability to each of those, and you take the average of the probability multiplied by the company's exit value for each of those outcomes. You average across those three probabilities multiplied by those three exit outcomes, and that's the valuation you would assign to the company.

Q: Should startups want to aim for a higher valuation in the next funding round?

A: Yes. Ideally, founders want to raise a higher valuation than the last round. Existing investors wish for the portion of the company they own to increase in value as that valuation increases.

If you go out and raise a valuation lower than the previous round, it's called a down round. From a public perception, typically, down rounds are considered to be rounds raised by companies that might need cash and weren't able to achieve a higher valuation.

Regardless, in every market, the founder should always focus on the true determinants of the business's success rather than the valuation. Valuation is a lagging indicator. What's genuinely going to determine the success of your business is whether your business model will allow your business to become defensible, differentiated, and ultimately profitable amongst a field of competitors.

A: No investor has a crystal ball. I've been telling the joke recently that if you had two venture investors in a room, you would have at least three opinions. Everyone has been saying different sorts of things. I've heard people say there's going to be a massive market contraction, minimal market contraction. Some people say, hey, we're already at the bottom. Some people say the bottom's not going to come for 18 months.

Q: What is your advice for founders worried about low valuation?

A founder shouldn't be out seeking the highest possible valuation. The founder should seek the right investment partners and continue to iterate on the business model strategy that can eventually achieve a very successful outcome for the business.

Q: What happens if the valuation is off? Down the road, what if it's too high or too low?

A: In this market, I've seen a few examples of the flat round, where you raise at the same valuation that the last game raised because there's been a change in investor mentality. On average, investors are not giving as high evaluations as they were the year prior.

When you have the right investors around the table to make those critical decisions around improving the union economics, business model, and some of the business's growth and talent acquisition strategies. The goal is that they bring on some capital now at a lower valuation. Hopefully, in the next two to three years, they can raise at a much higher valuation in the future.

Q: Do you feel like needing a high valuation is a common misconception, and you have to spend a lot of time explaining to founders that that's not the ultimate goal if they're disappointed in their valuation?

A: Yes. One observation I've had in venture investing for three years now is that sometimes founders come into the conversation, and they might throw out a multiple and not justify it. It’s more important that the founder present the business's strengths and the promising attributes that excite investors about being a strategic partner of that business. They should focus on finding the right investor. If you find the right set of investors, you'll get a very successful outcome.

Q: What valuation metrics should founders focus on in the current market?

A: Everything from how effectively you acquire customers to how accurately you decide on the strategies for growing your business. The best founders I've seen emphasize all of the milestones they want to reach and that they're attaching to this round of bringing in new capital.

They're not going to optimize on just that number attached to their business as evaluation in the next two months. They're optimizing “how I can build the most promising and fruitful strategic relationships in this round so that ten years from now, I have the talent, the customers, and the partners necessary to have a billion-dollar business?”

Q: What mistakes have you seen founders making when speaking with investors?

A: Some mistakes I've observed are when a  founder comes into a set of conversations with investors with a predetermined multiple in mind without properly justifying that multiple relative to the progress the business has made. In this volatile market, you see the investors using the Comparable Multiples approach, giving, on average, lower evaluations because of the public companies they're comparing.

Private companies, too, have had their valuations decline in recent days. I've come into conversations asking for some multiple, for example, 20x, when it would make more sense to discuss the reasons there is significant promise for the business going forward during the conversation.

Q: What are common mistakes you see from other investors?

A: One of the most significant mistakes I've seen from the investor side is not properly valuing an ingenious CEO's true promise. In the last 100 years of American business, you've seen plenty of genuinely innovative CEOs who add immense value to the business over a period of years of being the leader of that business.

Shopify is one example, with Tobi Lütke taking that business from what was initially an unknown business into the place you go if you want to build an online store. By being the CEO for a significant period, they continue to dream up new ideas of how that business can grow. That won’t be represented anywhere in the financials of the company's last five years.

Q: Given your experience, what changes will we see in how small businesses attract sales?

There will be some of these changes to how the small businesses in the United States, and in many ways, anyone affected by increased inflation and interest rates, go about their spending habits.

Q: Is there anything else regarding valuations that you think is important to include?

A: When considering the valuation of a business from the founder's perspective, it truly is the means to an end. It's genuinely the idea that you can find a number that investors and founders can agree upon that allows for a productive working relationship to develop.

When I've seen the best founders on calls, those founders are very focused on the business's long-term vision. They're very mindful of the fact that regardless of the valuation of the very present moment, the true determinants of the success of the business are going to be the underlying performance metrics and the underlying strategy of the company.

They're optimizing how I can build the most promising and fruitful strategic relationships in this round so that I have the talent, customers, and partners necessary to have a billion-dollar business ten years from now.

Conversations about valuation sometimes get confusing when people are more focused on the multiple on revenue or the number of this given round rather than the longer-term vision for the promise and opportunity available to the business over time.

Variable Expenses And How To Budget For Them As A Startup

Variable expenses affect budgets every month. Learn how to budget properly to avoid overspending or missing payments due to unexpected expenses.

Outsourced CFO services help startups navigate the complexity of finance management without the high cost. Learn about all their benefits here.

How well do you understand your startup bookkeeping? If you're struggling, read this before you get in over your head and end up with mismanaged finances.

Qualifications for R&E expenses changed for the 2022 tax season. Continue reading to learn how this tax change affects your startup.